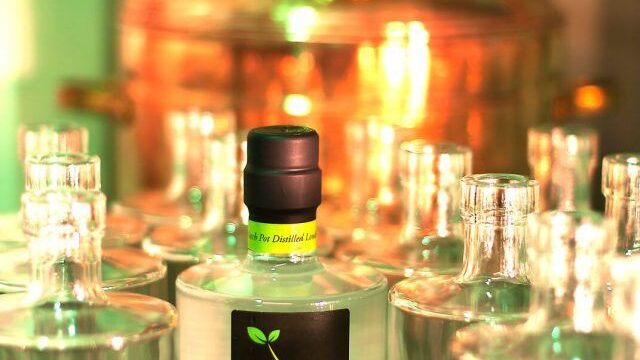 A visit to Winchester Distillery

Historically, gin was a medicine used to treat stomach pains and gallstones, however, today it is a different story!

Since its original production, dating back to the 17th century in Holland, gin has become a favourite among British social drinkers. 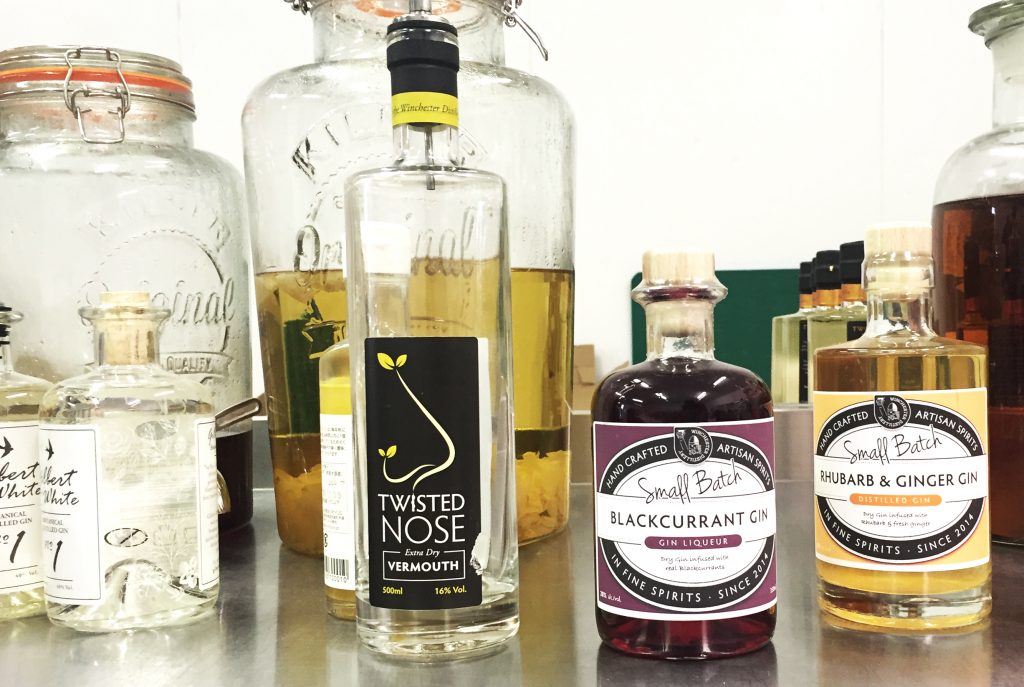 The well-known gin renaissance of the 21st century saw the spirit turn from a once lowly regarded ‘mother’s ruin’, to a respected and artisanal treat to which only the finest tonics should be mixed. Its increase in popularity could be down to a shift away from vodka and a desire for something different. Never the less, gin has taken centre stage in recent years, and with gins like Twisted Nose, no wonder why….

We have actively pursued working with local producers, from our meat, fruit and veg to our wine, beer and spirit suppliers. We have wide variety of spirits on our shelves, including three gins local to Surrey and Hampshire, each with their own unique story.

What is Twisted Nose?

Twisted Nose is premium Dry Gin sourced from the beautiful Hampshire countryside. It is the product of Winchester Distillery, a new and hugely successful spirit manufacturer.

We have stocked the Winchester distilled, Twisted Nose gin, here and at our sister pubs for 4 months now, and it is fast becoming a favourite among those looking to try something new. The gin has a captivating taste which hints subtle pine notes of juniper, smoothly followed by spicy citrus and locally sourced, peppery watercress. 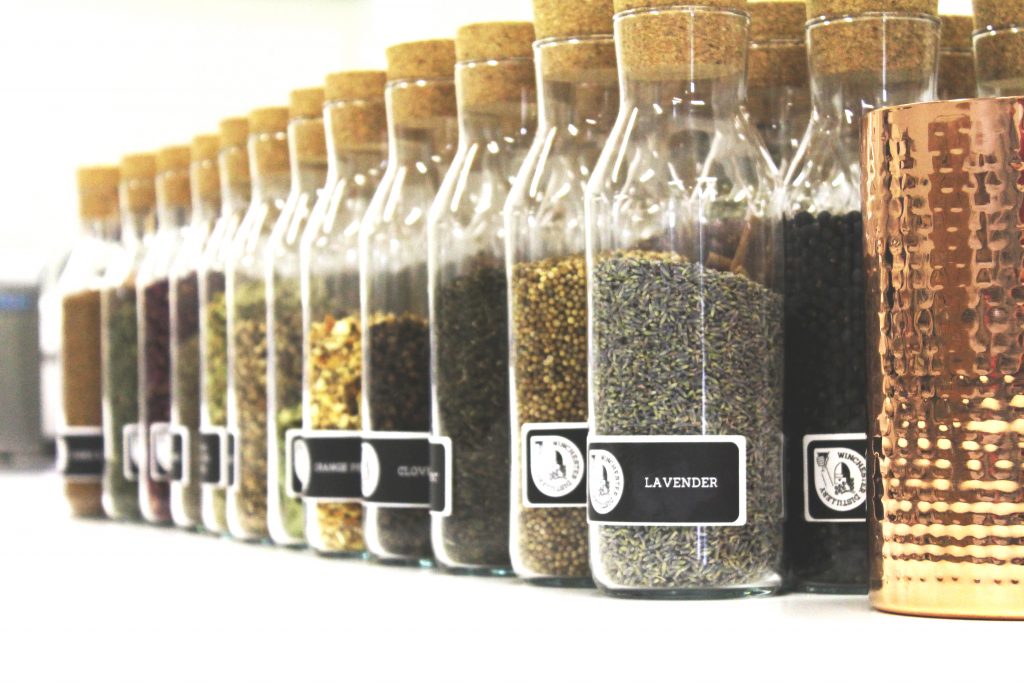 It is a truly unique gin, and one that has picked up awards in recent times, namely the Hampshire Life Food & Drink award in 2015. The name itself comes from the Roman term ‘Nasturtium’ which literally translates to ‘twisted nose’, a term once used for watercress which features heavily in the ingredients of this local delight.

The man behind the nose

Paul Bowler set up the Winchester Distillery in 2014 and began creating unique, premium spirits. He drew inspiration from the Hampshire countryside, hence the use of watercress which has been grown locally in Arlesford since the 1800s. Previously to founding the distillery, Paul was in software development and commented on his desire for a more creative work setting (while sipping a G&T ironically).

To add to the character and value of the brand, their production quantities are intentionally low and made by hand, following an authentic recipe held in secret by master distiller, Paul.

How is it made?

It’s a process of heating the neutral alcohol with the perfect combination of botanicals which create their authentic gin flavour. The attention to detail is what makes Twisted Nose stand out among the multitude of artisan gin distilleries. A clear sense of passion and pride goes into each batch with meticulous testing to ensure the product correlates with their vision.

”It took over 80 distillations to perfect the Twisted Nose recipe…I wanted to create something with a real home, real roots, local flavour and local story…”- Paul Bowler.

Whereas many larger distilleries have opted for modern systems and mechanical aid, the Winchester Distillery have stuck to their craft roots, using traditional copper alquitar stills.

The botanicals selected for Twisted Nose gin are of course juniper for its notable and classic gin taste; subtle citrus flavours are given by a blend of crushed coriander seeds and fresh grapefruit zest; cassia bark and fennel seed help to create the spicy tones; orris and angelica root infused with lavender and licorice add sweetness and finally the locally sourced watercress to lift the other flavors and add the unique bitter sweet spark within the gin. 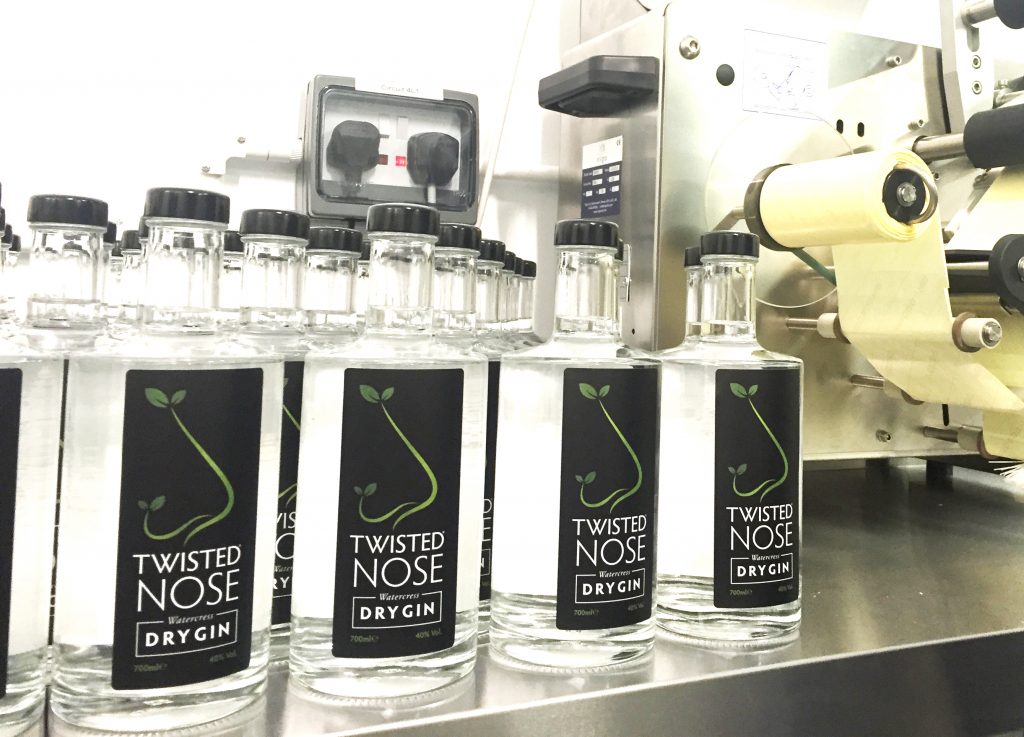 Other notable products from the Winchester Distillery include oak aged gin; a darker coloured gin which is rested in roasted oak barrels for a number of weeks before bottling. The result of this provides a spicy and fragrant spirit which is reminiscent of traditional Dutch jenever.

Want to try it?

If you are looking for a locally produced gin with a superb and authentic flavour, then we highly recommend Twisted Nose, so why not join us for Gin Wednesday and enjoy it for just £5 with a Fever Tree Tonic mixer!

For more information on Winchester Distillery or to book a tour, click here to visit their site.